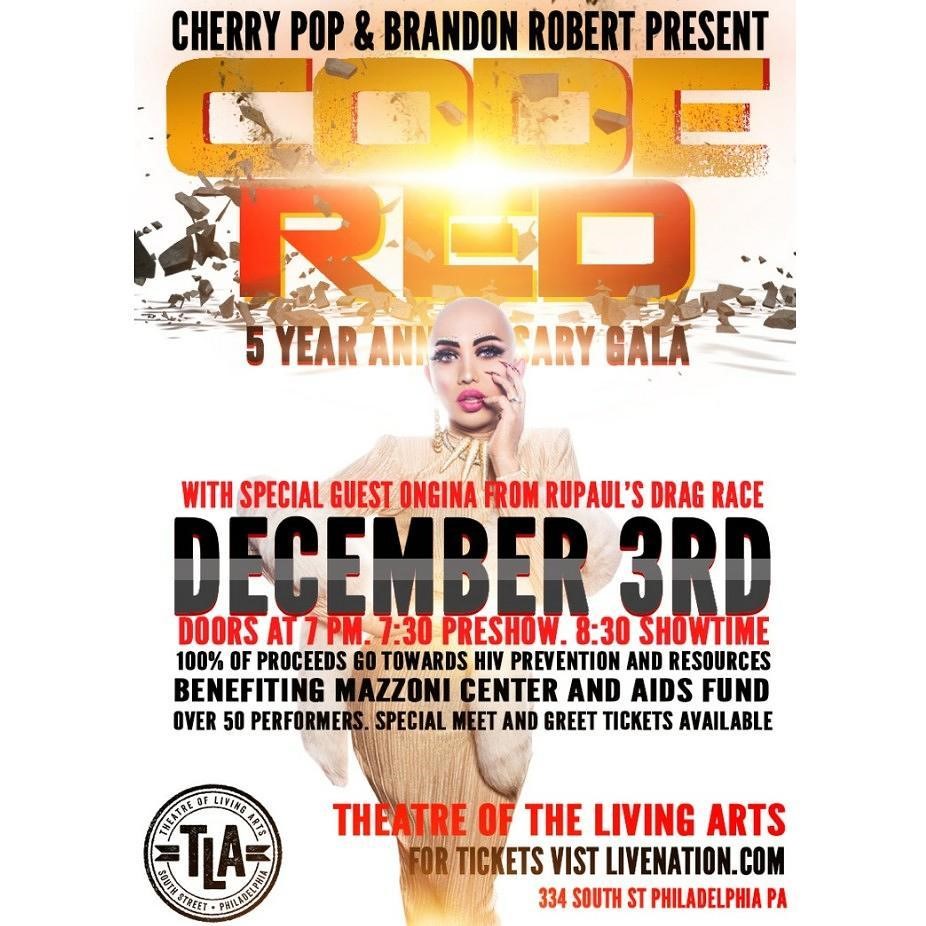 Code Red is a World AIDS Day charity event that is produced by Brandon Robert Barlieb and Cherry Pop aka Michael Tambon.

Each year over 40 of Philadelphia's most dynamic performers from Drag Queens to singers come together to put on a spectacular show where they all donate their time and tips! Last year our event took place at the legendary TLA and was attended by over 300 people. This being our 5 year anniversary, we are returning to the TLA, with the amazing support of Live Nation and we are anticipating even more audience members.

This year we have added the talents of Ongina from RuPaul’s Drag Race! Ongina famously came out as being HIV positive on the Emmy Award winning show’s first season. In the past 4 years we have raised over $33,000 for Mazzoni Center and AIDS Fund Philadelphia (last year alone we raised $16,00)